Taiwan-based Bio Preventive Medicine (BPM) has disclosed it has obtained the EU's CE IVD (in vitro diagnostics) mark for its DNlite-IVD103 reagent used to predict diabetes patients' diabetic nephropathy, and has signed with Austria-based sales agents to begin shipping DNlite-IVD130 in mid-June.

By detecting changes in a specific urinary biomarker and monitoring translational modification of the biomarker, DNlite-IVD130 can predict kidney conditions of a diabetes patient over 1-2 years, BPM said.

DNlite-IVD130 will be used on a trial basis at diabetes centers in Austria and Germany initially, BPM noted. As Germany is the largest and most advance medical market in Europe, BPM hopes that the trial use is a pilot for adoption of DNlite-IVD130 in other EU countries, company chairman and CEO Karen Tseng indicated.

BPM is expected to soon obtain official licenses for DNlite-IVD130 in other markets including Malaysia and Singapore. 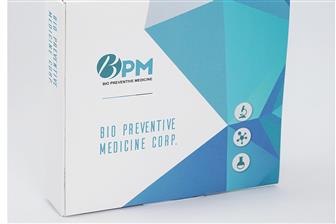