HTC-developed VR technology has been adopted for FLAIM Trainer, a system to simulate fire scenarios based on VR for training fire fighters, according to HTC.

Building an effective fire-fighting training facility is costly, and even in a controlled environment, trainees face significant safety risks including fire hazards and cancer-causing chemicals used to repel or extinguish flames, HTC explained. 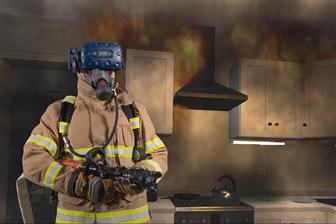