With R&D staff consisting of RF, antenna and IC engineers, Millilab focuses on frequency bands of 24GHz and 60GHz for mmWave radar sensor solutions to detect range and speed, Lin noted. Millilab, founded in January 2019, has developed a 24GHz model for use in IP surveillance cameras and smart doorbells, and it is being validated by two Taiwan-based potential clients, Lin indicated.

Due to advantages of high transfer speeds and broad bandwidth, mmWave can meet demand for low latency and multiple connection in many scenarios of 5G application.

In fire-fighting scenarios with thick smoke, mmWave radar sensors can make up for deficiency in cameras' vision of objects like human bodies and thereby can be used to judge which floors and which portions of them need active search to enhance rescue. 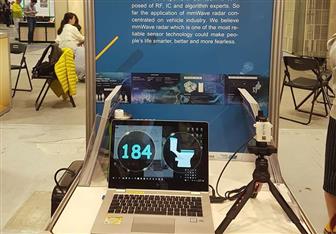