Taiwanese startup AP Plasma has developed AI-base low-temperature air plasma technology for use in automated surface bonding of soles to shoes, according to company chairman and president Jango Chang.

The automated surface bonding technology, by virtue of integrating AI, air plasma technology, 3D sensing and robotic arms, replaces traditional use of toxic glue in bonding and labor input, with average time taken in making a pair of shoes reduced from one minute to 10 seconds, Chang said.

AP Plasma's low-temperature air plasma bonding equipment reportedly has drawn interests from Pou Chen, the largest Taiwan-based shoemaker and an OEM for Nike. Besides, Nike has listed AP Plasma as a candidate supplier in the future, Chang noted. 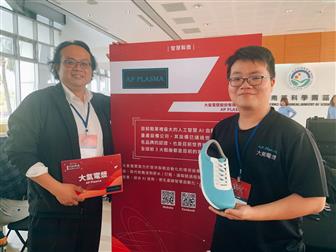 Tags
ICT manufacturing IT + CE Plasma Software, big data
Looking for startups?
Startup database
Profiles of startups from Taiwan and around the world: their technologies, product developments, fundraising rounds, etc. All startups are welcome to register their profiles - free of charge.
Register
Accelerators & incubators
Information about accelerators and incubators from Taiwan and around the world that are mentoring startup businesses and teams. All mentors are welcome to register their info - free of charge.
Register
Events calendar
Major events, including those organized by the government, DIGITIMES, and others, featuring startups, innovative technologies and products from Taiwan, Asia and around the world.
Latest Digitimes news
Around the web
Interviews
Topics
Quarterly research reports