Attributed to the demand of mobile devices such as smart phones and new applications such as autonomous driving vehicle, the CIS market is growing exponentially with continuous improvement in resolution, frame rate and communication speed. These market trends have led to smaller chip size CIS that requires high-speed (up to 6 Gbps) tests under long test time.

STAr Technologies always exceeded customers demand to increase test performance with reduce test cost that results in increasing productivity and efficiencies. To meet future test requirements for CIS devices, the Aries Sigma-M probe cards use micro-Cantilever MEMS probes with minimum pitch of 60um and up to 15000 pins that support testing of up to 64 devices in parallel. The Aries Sigma-M revolutionary structure further reduces test setup time, enable different devices to be tested under same probe card over wide varying temperature up to 150degC and testing speed of 3.5Gbps with future upgrade to 6Gbps.

"We are happy to introduce the new CIS probe cards based on MEMS processes with micro-cantilever probes. We believed that the new Aries Sigma-M probe cards will exceed both market and technology trends by improving test efficiencies and reducing cost-of-tests," said Dr CL Lou, CEO of STAr Technologies. 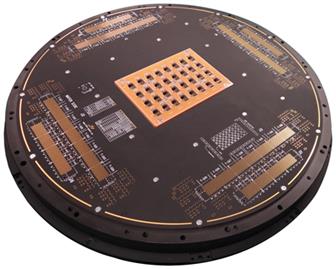