AI grows to become a key development focus of healthcare

Artificial intelligence (AI) has grown to become a popular emerging technology that is able to significantly enhance the development of an industry and a particular industry that has been benefited dramatically by the technology is healthcare.

Since 2012, Nvidia has seen increasing adoption of AI systems in the healthcare industry, especially by startups.

One of the major applications that AI can be implemented into in the healthcare-related field is the medical imaging, said Marc Hamilton, VP of Engineering and Solution Architecture at Nvidia. Around 300,000 advanced medical imaging instruments such as ultrasound, magnetic resonance imaging (MRI) and positron emission tomography (PET) scan, are shipped every year within a total installed base of three million units at the moment. About 70% of medical imaging research and development today is based on AI technology.

The adoption of Nvidia DGX-2 supercomputer by Taiwan's China Medical University Hospital (CMUH) was the first case of a healthcare provider in Asia to deploy and operate of the DGX-2 AI supercomputer, Hamilton noted.

Nvidia DGX-2 is the world's first two petaFLOPS system that combines 16 interconnected Nvidia Tesla V100 Tensor GPUs for the high levels of speed and scale from the GPU giant. Powered by v DGX software and the scalable architecture of Nvidia NVSwitch, the DGX-2 is the top-end choice that Nvidia is currently having available for AI challenges and deep learning performance.

Hamilton pointed out that AI is a software program that is able to create new software. Running an AI system on the DGX-2, users are able to feed the system with data for it to write a new program based on the analysis it come out with the data.

The DGX-2's 16 GPUs are able to accelerate the data processing for users, helping them to achieve results more quickly and efficiently.

In addition to medical imaging, genomics is another key area that AI is able to perform its potential. There have been increasing number of companies focusing on developing products using AI for genomics sequencing. Many of the related devices and equipment including small portable genomics sequencers that can be taken out for use in the field, and large multi-million dollar sequencing instruments that can generate several terabytes of sequencing data a day, are featured with Nvidia 's GPUs for processing and analyzing data via AI algorithm.

Nvidia's role in the ecosystem is to cooperate with partners and assist them to develop end devices. To do that, Nvidia has provided its Clara AI toolkit with many unique features, allowing researchers to easily begin an AI analysis with its pre-trained programs.

A decade ago, one of the earliest applications to take advantage of GPU computing was image reconstruction. Today, GPUs are found in almost all imaging modalities, including CT, MRI, X-ray, and Ultrasound. Clara Imaging brings together accelerated libraries and deployment frameworks allowing developers to create and upgrade intelligent imaging instruments.

Deep learning research in medical imaging is also booming with more efficient and improved approaches being developed to enable AI-assisted workflows. However, most of this AI research today is being done in isolation and with limited datasets which may lead to overly simplified models. Even when a fully validated model is available, it is a challenge to deploy the algorithm in a local environment. With the release of Clara AI now data scientists and software developers have necessary tools, APIs and development framework to train and deploy quality AI.

Using the AI system for medical imaging can also help reduce patient's radiation exposure, improve image quality and produce images in real time. Computational game-changers like CT iterative reconstruction and MR compressed sensing are able to reduce radiation exposure up to 90% and shorten the time it takes for an MRI image to be captured.

More recently, deep learning is dominating with more than half of new research in medical imaging applications involving AI.

Hamilton noted that a hospital may have a million of MRI images, but only a few of them were images of rare diseases. However, with deep learning, researchers are able to train the AI to go through only a small number of image data to recreate similar images of the rare diseases, so the images can be shared with other medical care workers without violating the patient's privacy.

Nvidia's Clara AI toolkits can be adopted by developers or vendors of medical imaging instruments, hospital researchers, third-party companies and startups. The toolkits will give them a head start in AI algorithm development, allowing them to build up new applications more efficiently.

Currently, a major part of existing AI research is led by medical equipment vendors, but Nvidia has been pushing to nurture new talent via its AI startup program. Over 4,000 startups have currently participated in the program with several hundreds of them at least are developers of medical imaging-related applications. Through the program, one of Nvidia's key works is to connect these startups with suitable hospital researchers or medical equipment vendors and providers to speed up their AI implementation, Hamilton said.

Nvidia has also done multiple medical care-related investments and partnerships in Taiwan. During Nvidia's cooperation with China Medical University Hospital (CMUH), the company has introduced the hospital several startups including local ones for AI R&D. In 2017, Nvidia announced the cooperation with Taiwan's Ministry of Science and Technology (MOST) to accelerate the development of AI across Taiwan. MOST has allocated US$520 million for AI investments with one of the projects being the AI supercomputer TAIWANIA 2, one of the top supercomputers worldwide powered by a total of 252 nodes with each equipped with 8 Nvidia Tesla V100 Tensor Core GPUs.

Taiwan government is providing the supercomputer to researchers of all fields in Taiwan to conduct development, and Nvidia has been working closely with these researchers by providing the company's latest software and updates. The partnership is aiming to assist small to medium size enterprises or organizations that are not able to afford expensive AI hardware to still be able to use AI system through the government's supports.

For AI training, Nvidia has established Nvidia Deep Learning Institute (DLI) in Taiwan to train students and researchers how to resolve problems using Nvidia's software and hardware and has a series of classes specifically for healthcare applications. Meanwhile, Nvidia also has collaboration with many universities in Taiwan to establish AI labs, helping to incubate AI talent. 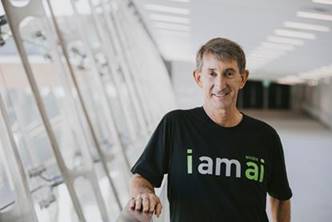 Marc Hamilton, VP of Engineering and Solution Architecture at Nvidia shares how AI is growing to become a key development focus of healthcare 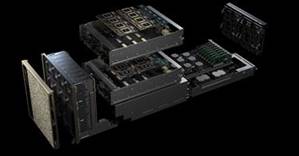