The Southern Taiwan Science Park (STSP) has held recently a Maker community event under the theme of "Maker Builds the Future" to demonstrate the do-it-yourself (DIY) efforts developed at its AI-Robot workshop.

Over 50 Maker community events have been held at the workshop over the past year with over 2,000 people participating in these events, according to Chen-kang Su, deputy director general of STSP Bureau.

Meanwhile, Lee Kuan-yu, a software engineer from ScinoPharm Taiwan, demonstrated a fish and vegetable symbiosis system enabled by Arduino monitoring system that senses the temperature and level of the water of fishing pool and also to control automatic feeding system.

The AI-Robot DIY workshop is also cooperating with a number of hi-tech companies operating in the STSP, including Castek International, Marketech International, and Information Technology Total Services, Su noted. 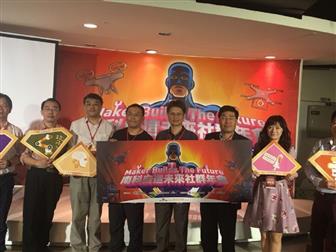