Three 8-core Ryzen 7 models are available initially. Beginning in the second quarter, AMD expects to launch 6- and 4-core Ryzen 5 processors followed later in 2017 by Ryzen 3, which is designed to bring more performance to mainstream applications. All Ryzen processors support the new AM4 infrastructure, with motherboard designs becoming available from major players.

In addition to being available to DIY builders and boutique PC vendors, in the coming months, consumers will also be able to purchase Ryzen-based systems from top PC vendors. 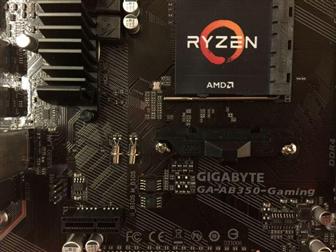