Nvidia has unveiled the latest addition to its GTX family, the GeForce GTX 980 Ti, featuring the company's latest Maxwell-architecture and has three times the performance of its GTX 680.

Gigabyte will have two models available with G-Sync, the Aorus X7 Pro-Sync and X5. The Aorus X7 features GTX 970M SLI and Aorus X5 GTX 965M SLI. Meanwhile, MSI will also showcase several Nvidia-based gaming notebooks such as the GT72 G, a 17.3-inch notebook. The GT72 will be available with GTX 980M or GTX 970M GPUs.

G-Sync works by synchronizing consumers' monitor refresh rate to the output from Nvidia GeForce GPUs. Sometimes called variable refresh rate, this fixes the challenge of stutter and tearing that the gaming market has been experiencing.

An alpha version of the GameWorks VR SDK is already distributed to VR industry players such as CCP Games, Epic Games, HTC, Oculus, and Valve. 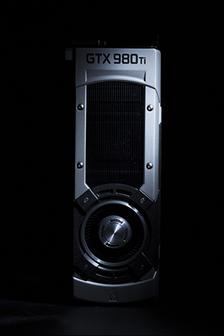