Apple has announced its 16GB iPod touch is now available in several colors and equipped with a 5-megapixel iSight camera for US$199.

The iPod touch features an ultra-thin and light anodized aluminum design and is available in pink, yellow, blue, silver, gray and red. 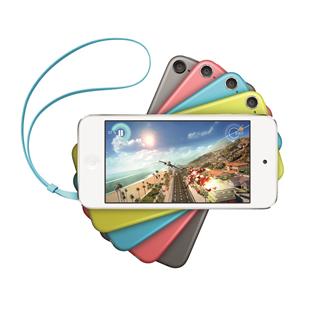