Microsoft Devices Group has unveiled the Nokia X2, the newest addition to the expanding Nokia X family of smartphones.

The new Nokia X2 provides access to Android apps and Microsoft services, while allowing users to switch between apps with the Fastlane feature. The Nokia X2 is powered by a Qualcomm Snapdragon 200 processor featuring a dual-core 1.2GHz CPU and 1GB of RAM. The Nokia X2 debuts the next-generation Nokia X Software Platform 2.0 and major enhancements to the user interface.

Microsoft's new services including OneNote and Yammer are also available to download free from the Nokia Store.

The Nokia X2 will be available at launch in orange, black and green, with yellow, white and dark grey coming later to the lineup.

The Nokia X2 will be available initially as a dual-SIM device and will begin rolling out globally in July 2014 for EUR99 (US$135). 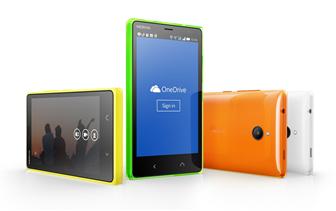