The Samsung Galaxy NotePRO and TabPRO present a 12.2-inch WQXGA widescreen (16:10) display, offering resolution of 2,560 by 1,600 with more than four million pixels.

A personalized Magazine UX, specifically optimized for a large screen, allows users to further tailor their Galaxy tablet experience for their own needs, Samsung said.

The Samsung Galaxy NotePRO and TabPRO (12.2) come equipped with a variety of productivity tools to help users to manage both their personal and professional lives.

The Samsung S Pen included with the Galaxy NotePRO delivers a more responsive, productive and overall efficient tablet experience with access to features such as Action Memo, Scrapbook, Screen Write and S Finder. In addition, Pen Window enables users to draw a window of any size on the screen, and access in-application features such as YouTube or a calculator.

The Samsung Galaxy NotePRO and TabPRO tablet line will be offered globally and will be available starting from the first quarter of 2014. 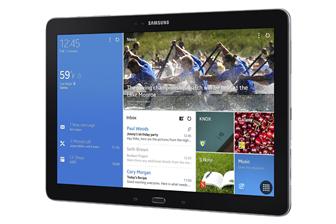 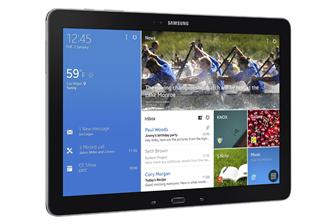