Taiwan's Fair Trade Commission (FTC) is investigating Samsung Electronics' local branch over allegations concerning an advertising campaign to smear its rival HTC, according the Taiwan's state-run Central News Agency (CNA). If the allegations are found to be true, Samsung could be fined up to NT$25 million (US$835,000), CNA cited the FTC officials as indicating.

In response, Samsung Taiwan said it had not been informed about the investigation. However, the Taiwan branch put a statement on its local Facebook page saying that it has stopped online marketing activities associated with its online comments forums, until all work complies with the company's principles of honesty and transparency.

Also in the statement, Samsung Taiwan claimed that it appreciates online product reviews and does not intend to influence user ratings. 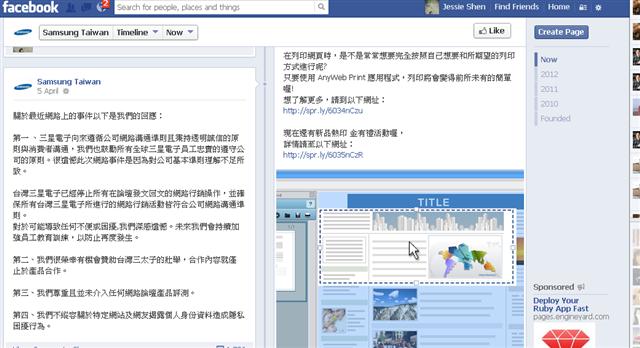