Nvidia has launched the first GPUs based on its next-generation Kepler graphics architecture.

Kepler is based on 28nm process technology and succeeds the 40-nm Nvidia Fermi architecture, which was first introduced into the market in March 2010.

Compared with the closest competitive product, the GeForce GTX 680 GPU is more than 300% faster in DirectX 11 tessellation performance and up to 43% faster in cutting-edge games, yet consumes 28% less power, according to Nvidia. It also provides twice the performance per watt of the GeForce GTX 580, the flagship Fermi-based processor that it replaces.

Setting the standard for future enthusiast-class GPUs, the GeForce GTX 680 is built on an array of new technologies, including SMX, a new streaming multiprocessor block that delivers twice the performance per watt of previous-generation products; special board components, including acoustic dampeners, high-efficiency heat pipes and custom fins, that create a quiet gaming experience; Nvidia GPU Boost technology; new FXAA and TXAA anti-aliasing and adaptive VSync technologies; and support for up to four separate displays, three of them in 3D, off a single card for a massive 3D gaming experience.

The following manufacturers will be shipping ultrabooks and notebooks based on the GeForce 600M family of GPUs: Acer, Asustek, Dell, Hewlett-Packard (HP), Lenovo, LG, Samsung, Sony and Toshiba. 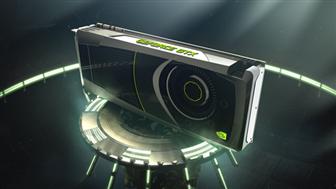