The Gigabyte Radeon HD 7700 series is equipped with a 10cm large fan to provide operate silently with noise levels only reaching 21.7-28dBA at full load. 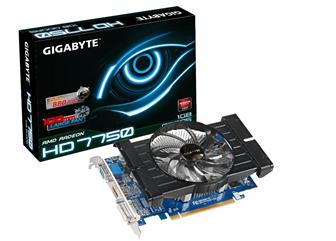