Nvidia has announced, at Computex 2011, a new addition to its 3D Vision product family: Nvidia 3D Vision wired glasses. The new glasses make the 3D PC experience more affordable at US$99, and offer the same 3D quality and features of 3D Vision wireless glasses. The company also announced its latest mobile GPU – The GeForce GTX 560M at the show.

Nvidia 3D Vision wired glasses include a 10-foot USB 2.0 cable for direct, easy connection to a 3D Vision PC or notebook. This makes it ideal for LAN gaming events, as it does not require batteries and the cable can easily be secured to a PC with an optional computer lock to minimize theft.

Nvidia 3D Vision wired glasses are expected to be available beginning in late-June 2011 from the Nvidia Store, as well as from channel retailers.

Available only with Nvidia GPUs, the Optimus technology enables extra-long battery life by automatically switching on and off the GPU so that it runs only when needed. The smart convenience of NVIDIA Optimus technology is designed into over 80% of GeForce 500M series notebooks and is used by every major notebook vendor. 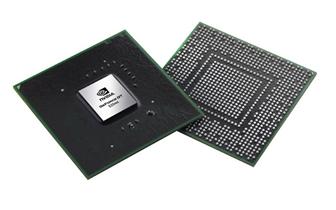