Optimistic of the market of cloud services, ViewSonic has been developing Windows 7-based tablets since Microsoft launched Windows 7.

According to Alan Chang, general manager of ViewSonic Asia Pacific and Europe, the year 2011 is widely considered the beginning of an era of tablets. But can anyone imagine what it will be like three years from now or beyond? ViewSonic thinks that people will no longer carry MP3 players, notebooks, or other mobile electronics devices with them in the near future because flexible panels connected to cloud services will suffice for their needs.

ViewSonic, which is sure that cloud services will become increasing prevalent, has been actively developing user-end devices and seeking the most suitable application model. The company takes the initiative to work with Microsoft, Intel, and other industry partners for the development of many models of tablets and is keen on various events that communicate how tablets in conjunction of cloud services will enhance work efficiency and improve the quality of life.

These examples show that businesses need not only a cool, impressive effect of multi-touch control but also a system that can be operated both online and offline as well as integrated with ERP and BI.

2. Professional tablet application: Professional tablets provide specialized applications to the education, law, and medical industries, for example. Doctors and nurses can use such tablets to rapidly access medical records of patients, and real estate agents can provide real-time demonstration of house statuses and prices to customers.

3. Entertainment and professional tablet application: Such tablets, e.g., flip-top tablets, are used as the primary PC for both work and entertainment.

How to more effectively and efficiently add touch control to applications is the next focus of attention.

"As the difference between PCs and other end-user devices such as mobile phones is increasingly vague, developers are recommended to carefully consider whether development platforms and tools support cross-platform development, whether application services can be integrated into different platforms, whether development tools support cross-platform compilation and management, and whether the applications to be developed have common modules for other applications," suggested Tsai. 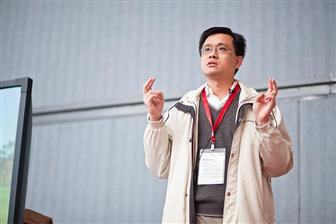 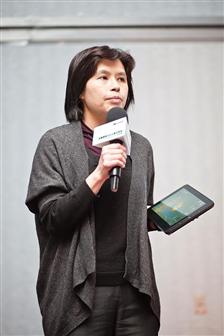