With a host of advanced features including 64-bit support, advanced CPU virtualization technology, SSE4 for enhanced multimedia processing, and encryption and security capabilities integrated in the VIA PadLock Security Engine, VIA Nano 3000 series processors also provide a solution for emerging cloud-based computing environments.

Available at speeds from 1.0GHz to 2.0GHz, VIA Nano 3000 series processors deliver up to 20% higher performance using up to 20% less power than current VIA Nano processors and boasts VIA VT virtualization technology.

VIA Nano 3000 series processor samples are currently available for OEMs and motherboard vendors, and will enter mass production in the first quarter of 2010. 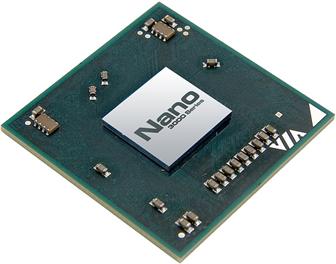