With Aiptek International's PocketCinema V10 handheld projector winning the WinHEC award for media and entertainment, the company chairman, Peter Chen pointed out that this is not the end, the company is still planning to implement more technologies and functions into the product.

The majority of requests from the company's partners and customers regard improving of the current product such as increasing brightness, lowing power consumption, or reducing cost, but Chen's goal is to implement wireless communication capabilities into the projector to allow users to download and display content anywhere they go.

The company is also considering implementing Windows CE into the product, so the projector could support more file types such as PowerPoint.

The product's current LED light-source consumes relatively high amounts of energy only allowing up to an hour of usage without power, but Chen believes improving LED technology will help the product to consume less power and boost battery life.

Currently, the product's sales are spit evenly between the enterprise and consumer market, Chen detailed. 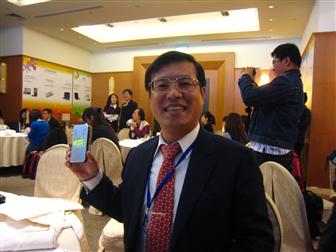 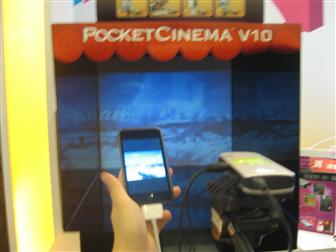