Silicon Integrated System (SiS) has announced that its SiSM671/968/307DV chipset can support the Intel Atom 230 series CPUs and has already been adopted by Dell's OptiPlex FX160 thin-client PC.

With the low power consumption and fanless characteristics of SiS chipsets, the Dell OptiPlex FX160 is designed to enable business users to experience a noiseless environment and to make a contribution to energy saving and carbon reduction, said SiS. 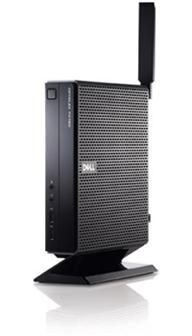