Biostar Microtech International has launched the T-Series TA790GX A2+, an integrated motherboard based on AMD's 790GX chipset with an integrated ATI Radeon HD 3300 GPU. The motherboard supports AMD Phenom-series multi-core processors and dual-channel DDR2 1066 memory, and provides optimized overclocking ability, according to the company.

The T-Series TA790GX A2+ offers dynamic power management which can be switched between performance and power savings when using everyday applications. 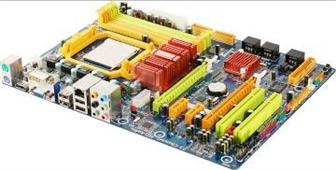