Acer has announced the Aspire 6920 line, a new notebook PC series designed to for the enjoyment of high-definition content, according to the company.

Acer is one of the first to market with a 16-inch notebook series that features either a Full HD CineCrystal LCD panel with 1920×1080 resolution or a HD CineCrystal LCD screen at 1366×768 pixel resolution, 8ms response time, and native 16:9 widescreen aspect ratio, ideal for HDTV or Blu-ray Disc content, the company highlighted.

The screen is managed by the latest Nvidia GeForce 9500M GS GPU with up to 1280MB of TurboCache, and support for Nvidia PureVideo HD technology, Shader Model 4.0 and Microsoft DirectX 10. 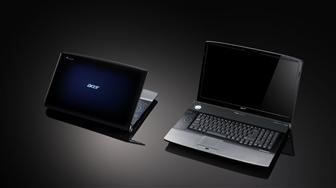