ASRock's latest AliveDual eSATA2 motherboard combines the M1695 chipset, originally designed by ULi, with Nvidia's nForce 3 250, which launched in 2003, to create a modern mash-up that may sound bizarre, but is also strangely compelling.

Thanks to AMD's commitment to backwards compatibility, the AliveDual eSATA2 will still be able to rock quad-core Phenom X4 CPUs, if that is what you want, and ASRock has had the foresight to build in support for up to 8GB DDR2 memory.

Another consequence of ASRock's weird science is that the AliveDual eSATA2 sports not only a PCI Express slot, provided by the M1695, but also retains the nForce 3's AGP slot.

Although the motherboard's market is not large, the very unique design means it will still see demand in certain markets, especially in Europe, ASRock believes. 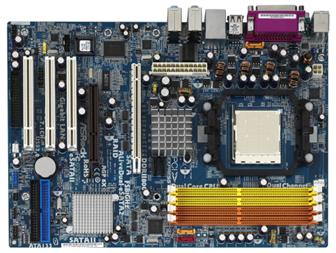