Biostar has announced the launch of its TA770 A2+ motherboard based on the AMD 770 chipset.

The TA770 A2+ has a recommended retail price of US$90 and will be available in China near the beginning of November and in the US and Europe by mid-November, according to the company. 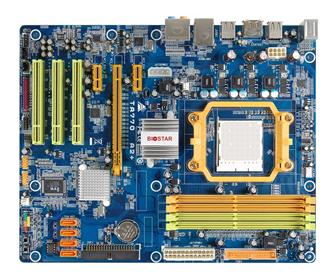