The overclocker was able to overclock to respectable core 1023MHz and 2320 MHz memory clocks with V-Ranger technology, which makes it possible to modify the voltage of the memory and graphics processing unit (GPU) in real time. The utility is available on a wide range of Sigma-Gate cards including the VR8603TS21, VR8602GT21, VR8502GT21, V7602GS21 and V7303GT, according to Biostar. 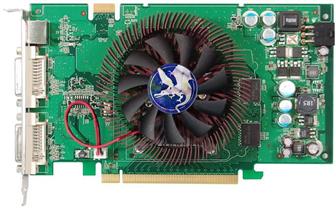