The motherboard comes with an Asustek EPU (Energy Processing Unit), allowing the CPU power supply to be digitally monitored and fine-tuned with improved VRM efficiency in heavy or light loadings. The P5E3 DELUXE/WiFi-AP@n also supports 802.11n Wi-Fi specifications onboard for faster data transfers, and Asustek Express Gate – an optional Linux OS bootup for instant access to the Internet in five seconds, the company noted. 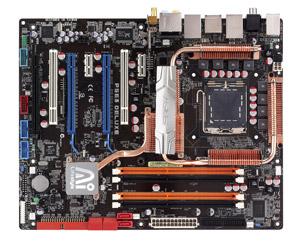