Micro-Star International (MSI) has launched its latest X38 Diamond motherboard which is based on the Intel X38 Express chipset and DDR3.

The motherboard supports a 1333MHz FSB and Intel's 45nm multi-core processors. It is also equipped with several overclocking design features such as TroubleShoot Poster and instant button to match the precise demands of users.

In addition to these improvements, the motherboard also has some exclusive features including quad graphics slots, X-Fi Xtreme audio, MSI SkyTel VoIP and all Japan-made solid capacitors, the company highlighted. 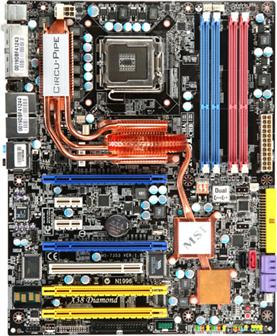