Asustek's Super Memspeed technology, found on the P5E3 WS Pro, enables users with the ability to achieve enhanced overclocking by providing precise overclocking options and calculating the most accurate FSB/DRAM frequency proportions to boost memory speeds up to 72% on DDR3 memory, according to the motherboard maker. 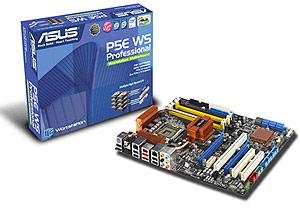