Biostar Microtech recently announced the release of GeForce 7 series-based motherboards, the TF7150U-M7 and TF7100P-M7, which support a full range of current Intel CPUs and Intel's upcoming 45nm series, according to the company. 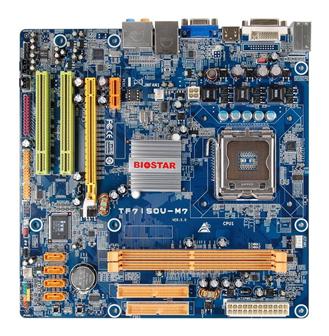