The router features 2T x 3R technology to support multiple wireless transmissions with data transmission rates up to 300Mbps, said the company. The machine also supports WPA and WPA2 encryption technology and includes a DHCP server for functionality and Anti-Dos firewall to protect the network safety. 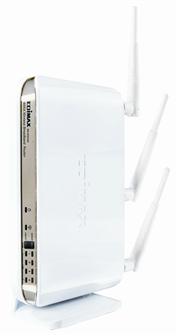