Micro-Star International (MSI) has launched its latest P35 Diamond motherboard based on the Intel P35 Express chipset. The motherboard includes several exclusive features and the technology to upgrade the PC in the future, said MSI.

The motherboard also features MSI SkyTel technology which allows users to use a standard phone to make Internet calls without the need to buy an additional headset or VoIP accessories. Users can just plug the phone into the P35 Diamond-based PC and make Internet calls around the world using Skype. 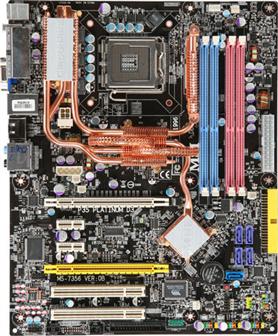