Albatron Technology has announced the latest addition to its Nvidia 8800 series DirectX 10 graphics cards, the 8800GTST. The company says the card represents the first affordable DirectX 10 card available for a large segment of cost conscious consumers waiting for an opportunity to latch on to this revolutionary technology.

Aside from the driver CD and install guide, this card will also come with an HDTV cable (S-video and composite out), S-Video 4-pin Cable, AV cable and DVI adapter. 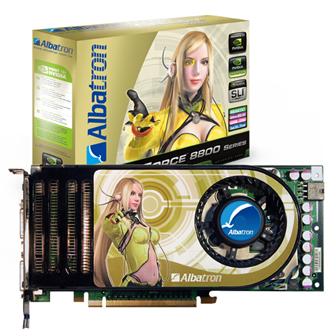