The storage system has an Intel IOP 80219 processing unit, along with 256MB of DDR SDRAM, expandable to 1GB, plus a 160W built-in power supply, according to the company, which added that the unit supports up to four 3.5" drive bays for SATA hard drives.

The Muse NAS-RAID when connected to through a hub can be used as an enterprise file sharing server or as a storage center for all kinds of multimedia files and data, said Thermaltake.

The Muse NAS-RAID supports RAID 0, 1, 5, and JBOD, said the company, adding that the system supports high-volume traffic, hot-plugging, and an active warning system.

The system will be available worldwide in mid-September with a suggested retail price of US$596, according to the company. 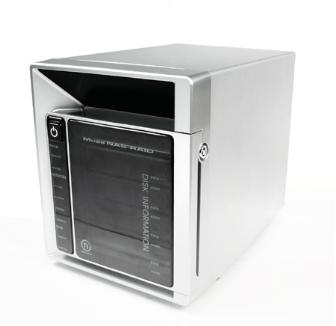