Taiwan’s MP3 player demand will grow from 700,000 units in 2004 to one million units this year based on projections by Topology Research Institute (TRI), and LG Electronics aims to sell 100,000 MP3 players in Taiwan this year, Park pointed out.

LGE also plans to introduce its notebook PCs to Taiwan in the fourth quarter of this year. 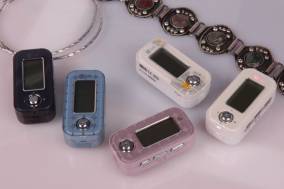 LG MF-FE505, at only 5cm long and weighing 30 grams, is designed for ladies