The XPC SN25P features a Socket 939 motherboard supporting AMD Athlon 64 CPUs, a 1GHz HyperTransport system bus, one PCIe x16 slot and one PCIe x1 slot, as well as support and physical space for three hard drives (one IDE and two SATA drives). Built using an Nvidia nForce MCP (media and communication processor), the system also supports an integrated hardware firewall, SATA I and integrated RAID. In addition, the SN25P is housed in Shuttle’s P chassis, which features a 350W power supply yet still only produces noise at about 31dB when the system is at rest, the company stated.

The XPC SN25P will begin shipping in volume next week. The system will be available immediately in Taiwan and about one week later in other markets. The company plans to first ship the SN25P as a barebone unit, with sales of complete systems following later.

Also today, Shuttle launched its XPC SB83G5C home-theater XPC. The Intel 915G based system features an integrated TV tuner and can be powered by remote control. Software is also included with the system for recording television programs, as well as organizing and playing audio, video and image files. The system will be targeted for Asian markets in particular and will begin to be available in the middle of March.

According to the company, Shuttle shipped 48,000-49,000 XPCs in January, with PCIe systems accounting for about 30% of the shipments, up from 20% last year. Shuttle is also the only SFF PC company to launch a BTX SFF PC, and BTX sales accounted for about 5% of the company’s January shipments, with Japan being the market most receptive to the product. 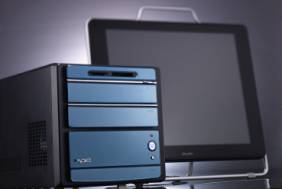 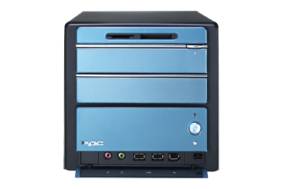