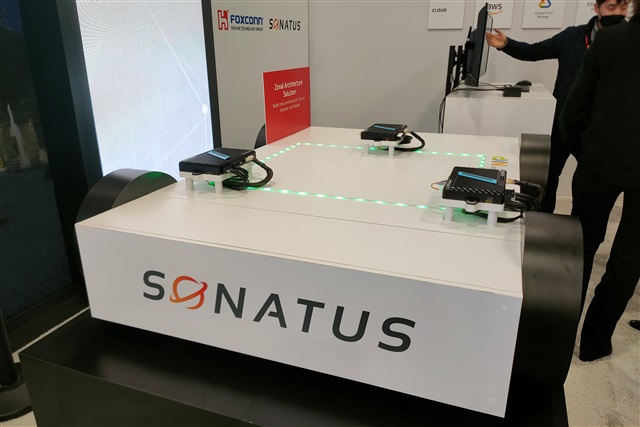 Sonatus, a California-based software startup, is bringing its networking expertise to carmakers and helping them build software-defined vehicles (SDV) faster. The company has secured US$110 million in total funding since established in 2018.

At CES 2023, Sonatus CMO John Heinlein said, "We're bringing all that knowledge and expertise of a conventional data center into a car." It provides a software layer that can be upgraded and extended after vehicle shipment such as adding capabilities, fixing problems, and upgrading systems.

He noted that a software-defined vehicle has a lot of things in common with a data center. OEMs will need things like networking, security, safety, and reliability and Sonatus can deploy these expertise in cars.

Sonatus showcased at CES this year a cybersecurity solution that can be an important component to providing vehicle cybersecurity, which requires a lot of things working together. When the software detects network traffic in the vehicle, which may indicate some cybersecurity hack to the vehicle system, the software will then isolate it and prevent it from causing damage.

Sonatus' solutions can help OEMs save money, shorten time-to-market, and become more competitive. The OEMs will not need to have engineers to work on the car software and new features from the ground up. Instead, Sonatus helps them start from a higher place quicker, Heinlein said.

Sonatus' roadmap shows that it will not only make cars smarter but also empower OEMs with data and the ability to upgrade their cars more quickly than they can today.

Heinlein pointed out that one of their missions is to show the OEMs and automotive tier-1 suppliers what is possible for a software-defined vehicle. On the other hand, the auto industry also tells them what constraints the car market may have. Both sides open up a communication channel and work together.

Heinlein said it has been working with Hyundai Motor Group and affiliate brands KIA and Genesis. It has helped them build software-defined vehicles in a very short time; even in 18 months is possible.

Generally, the auto industry has shown great interest in its solutions, according to Sonatus, and it is working with companies across the world.

The company has recruited engineers and leaders from companies like Cisco, Juniper, automakers, and other Silicon Valley companies.

It announced in December 2022 that it has raised US$75 million in a second round of funding, which was led by Taiwan-based leading EMS provider Foxconn. It had raised US$35 million in the previous round.