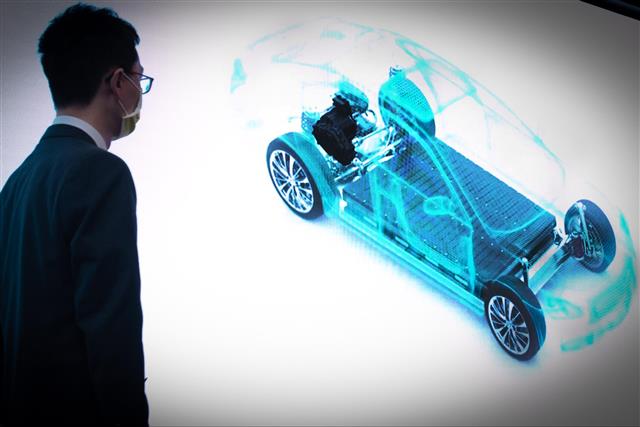 In the post-epidemic era, the overall auto market has been affected by chip shortages, coupled with the Russian-Ukrainian war and inflation, resulting in poor sales performance. In contrast, electric vehicle (EV) sales ramp up around the globe. According to DIGITIMES research, the annual sales of EV reached 9.78 million units in 2022, with an annual growth rate of 49% in 2023, it is expected to exceed 14 million units, with 9 million units in China.

Decarbonization plans aim to end the sale of combustion engine vehicles drive the development of EV manufacturing. The EV market penetration rate will exceed 30% in 2025, with a CAGR of more than 45% from 2021 to 2025.

The US and Europe have traditionally dominate the auto industry, but the shift to EV gives China a chance to take the lead. According to DIGITIMES Research analyst Jessie Lin, China's share of global EV sales accounts for more than 60%, making it the top market; followed by Europe and the US, with market shares of 24% and 9%, respectively. China has become the world's largest market for EVs due to government's support for EV manufacturers, including boosting consumption of EVs in rural areas, extended tax exemptions, and more than 20 local government subsidies for vehicle purchases, as well as the highest density of charging stations among all countries.

For now, China is winning the race not only in EV production but also consumption. China has formed industrial clusters and complete eco-systems. China's EV industry has a global market share of over 50% in major production segments such as battery raw materials, integration and charging infrastructure, and exports are still price-competitive.

Among the main components of EV, battery accounts for 30-35% of the cost of the vehicle. China wins a large chunk of the market. As the largest supplier and refiner of rare earth metals, China has earned a global share of 80% in processing battery raw materials.

With the growing demand for EVs, the battery giants reveal aggressive expansion plans in the next five years: CATL expects its battery capacity to reach 672 GWh. LGES is also accelerating production, reaching 430 GWh, while Panasonic plans to secure 164 GWh.

Taiwanese manufacturers, on the other hand, develop positive materials, motors and power systems to fulfill Tesla's orders. To avoid direct competition with international battery giants, Jessie Lin suggests that Taiwanese manufacturers should focus on niche applications such as electric delivery vehicles, AGVs, or racing cars in the future.

Europe is the second largest market for EVs due to the sales and production growth of Chinese brands in this region. From battery plants to assembly factories, European car makers are significantly relying on China's investment and involvement in local supply chain and EV tech as well. The new geopolitical situation raises concern of the EU's industrial autonomy.

The US, following Europe, is the third largest market for EVs in the world. However, no American companies that master battery technology with high scalability except for Tesla, In addition, American car manufacturers are also trying to reduce their usage of Chinese products due to the US-China trade war. Therefore, South Korean companies find it easier to set up factories in the United States, resulting oligopoly. in the future, South Korean manufacturers are expected to account for more than 60% of battery production capacity to be built in North America.