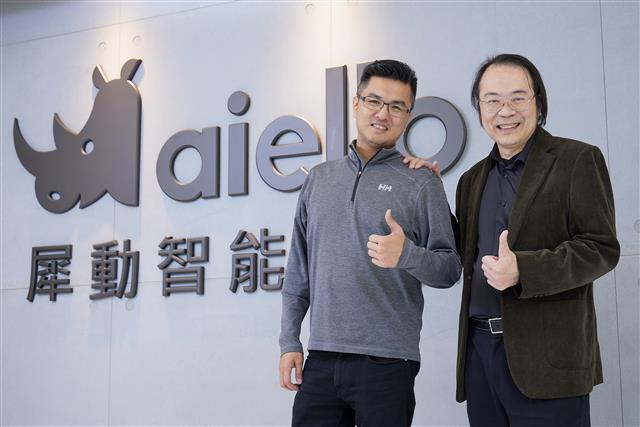 Aiello broke into the hotel industry using its AI voice assistant. CEO and co-founder Vic Shen pointed out that the company's next step will be to move into long-term care institutions. It also plans to release an AI platform for meeting management and voice collaboration. The team uses the "hybrid model" strategy to learn from others and develop its own technology.

Former Google Taiwan director Lee-Feng Chien, who was interviewed together with Shen, pointed out that Aiello is one of the few Taiwanese companies focusing on NLP technology and has successfully developed a business SaaS (Software as a service).

Aiello's main product is the Aiello voice assistant for hospitality (AVA), which supports Chinese, English, Japanese, and Thai. Currently, it has been adopted by over 70 hotels and used in a total of around 8000 rooms.

Shen stated that the team is responsible for software and hardware design, while production is handed off to external firms. As with the chips, the company is only willing to reveal that they've approached both Chinese and Taiwanese brands. Since the product mainly targets the B2B market, the chips will prioritize high integration, simplicity, and stability. It doesn't really need the most advanced chips.

There aren't too many competitors worldwide in terms of hotel AI voice assistants. The company also plans to promote the AVA to long-term care institutions with the Asia-Pacific region as the main market.

The elderly needs care, but with them constantly asking repeated questions, the caretaker might not always have the patience to respond. This is where AI voice assistants can be put to use. With many countries approaching an aging society, the demand for AI voice assistants in caretaking applications is expected to gradually grow.

Will these voice assistants be equipped with robots? Shen stated that for long-term care institutions, the priority will still be stationary devices, similar to the speakers used in hotels. A mobile robot will encounter issues such as indoor internet connection blind spots. Shen also mentioned that the company will be launching its new product in late January. It's an AI voice collaboration platform called Vocol, and it will be the growth focus of 2023.

Compared to other transcribing platforms, Vocol's advantage is its advanced AI function. Thus, it is capable of automatically generating meeting summaries and analyzing/organizing discussion topics. It supports Chinese, English, and Japanese. In the future, the company also plans to add a translation function, as well as seek integration with notebooks and cameras.

When discussing the AI language model they use, Shen emphasized that the team uses the hybrid model strategy. This means it extracts the strength of each model and isn't limited by a singular model. Right now, it uses Google's BERT, OpenAI's GPT-3.5, and the open-sourced BLOOM and DPR models. The AVA is based on BERT, while Vocol will be using BLOOM and GPT-3.5. DPR is currently still in its testing phase and will be used in hotel/customer-related products.

Aiello was founded back in 2019 and currently has around 70 employees. Its annual revenue is around US$2 million and has raised US$10 million in funds. Investors include JAFCO Asia, Wistron, Cornerstone Ventures' CHT-PCH NO.1, Zylux, and Japanese game company Colopl's venture fund Colopl Next.

Tags
AI Aiello Cloud Hybrid Smart applications startup voice assistant
Share this article
Other links
Print
Related stories
Lee-Feng Chien, former Google Taiwan director, on why IC design sector breeds successful entrepreneurs
Wonders.ai creates interactive virtual AI companion with 'personality engine'
Looking for startups?
Startup database
Profiles of startups from Taiwan and around the world: their technologies, product developments, fundraising rounds, etc. All startups are welcome to register their profiles - free of charge.
Register
Accelerators & incubators
Information about accelerators and incubators from Taiwan and around the world that are mentoring startup businesses and teams. All mentors are welcome to register their info - free of charge.
Register
Events calendar
Major events, including those organized by the government, DIGITIMES, and others, featuring startups, innovative technologies and products from Taiwan, Asia and around the world.