NanoMalaysia is at the vanguard of Malaysia's EV revolution 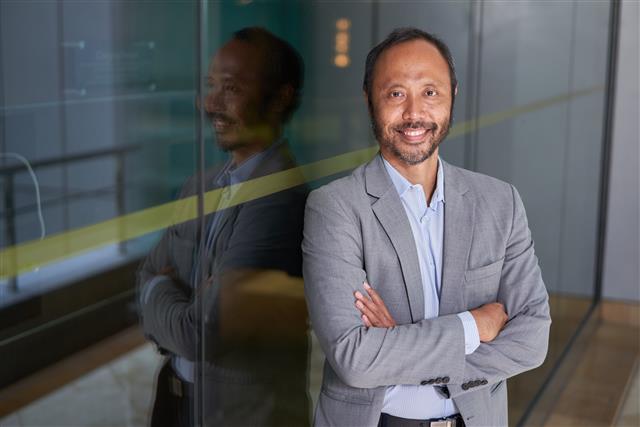 Malaysia is the only country in Southeast Asia to have all its homegrown electric vehicle (EV) players, ranging from upstream to downstream, clustered within its borders. Even though the country has abundant resources, the most troubling is it doesn't have provisions for EV manufacturing, including batteries, EVs, or even charging infrastructure, according to the country's budget in 2022.

The lack of clear, well-defined, realistic policies and plans from the Malaysian government has made the emerging economy of 32.7 million people lag not only in EV development, but also in its regional peers such as Thailand, Indonesia, Singapore, and Vietnam. Doubts about the future of Malaysia's EV development nevertheless persist.

In an interview with NanoMalaysia Berhad (NMB), Malaysia's lead agency for nanotechnology commercialization and industrial development, NMB CEO Dr. Rezal Khairi bin Ahmad said, "The Malaysian EV market is set to embrace imported vehicles by tax exemption. I do believe that was a good move, but insufficient. NMB saw a gap. The country had the potential to be economically successful but did not have the EV ecosystem to support such development. This is why we decided to jump into the EV bandwagon."

Malaysia goes with a much different game plan

In response to the Malaysian government's call, NMB has been initiating several ambitious programs to take up the leadership mantle in EV development. "It is a pleasure for NMB to be invited by the EV task force led by the Ministry of Trade and Industry (MITI) as one of its members," Rezal said.

He continued, "The race for a global EV marketplace is on and Malaysia needs to play a different game if the country's going to keep up."

"How so?" DIGITIMES Asia asked.

Both Thailand and Indonesia have been seeking foreign EV manufacturers to produce completely knocked down (CKD) versions of their EV models, while Vietnam has its domestic EV manufacturer, VinFast.

Unlike its ASEAN peers, Malaysia is gearing up to capture a greater share in the production of key EV components. The country is poised to become a renowned exporter of EV components in the region.

The NESTI program is an integral part of Malaysia's National Economic Policy, the 12th Malaysian Plan. It seeks to deliver benefits in the form of improved economic growth and increased employment opportunities for Malaysians all over the country.

In December 2021, NMB signed a memorandum of agreement (MoA) with a consortium of Korean- based automotive companies in the ASEAN region, including Hyundai Kefico, Tham, Curo, Hyundai Electric and Energy Systems, Daegu Mechatronics & Materials Institute (DMI), Signet EV. All the members of the collaboration came to an agreement that suits everyone's needs.

Specifically, the Korean-based members are offering a total solution to an EV micro-mobility ecosystem in Malaysia. In turn, Malaysian EV solutions such as energy storage, battery management system, and controller components can be integrated into their EV-related products.

In terms of local partnership, NMB is partnering with Eclimo, a company that manufactures electric two-wheelers, in order to develop the BMS with the goal of expanding its EV portfolio from two-wheelers to four-wheelers.

The EMERGE program, on the other hand, aims to advance EV technology development through the Nano Technology Commercialization program to improve energy storage and management systems, Internet of NanoThings (IoNT), development of off-grid green charging stations as well as developing of EV prototypes.

One of the initiatives under EMERGE is the Rapid Electric Vehicles Innovation Validation Ecosystem (REVIVE), which was created to focus on the conversion of internal combustion engines (ICE) to electric engines. "The idea of engine conversion, in some Southeast Asian countries, has already been legalized. But Malaysia is still trailing behind," Rezal said.

"NMB is driving REVIVE as a part of the EV game plan in Malaysia because this effort doesn't directly compete with other imported cars, either completely built-up or completely knocked-down cars. And for those who think they can't afford to buy an EV; they can just switch to an EV and be part of this environmental, social, and governance (ESG) campaign by converting their pre-existing ICE cars," he explained.

Under this initiative, DIGITIMES Asia foresees that the total cost of EV ownership will soon hit parity with the ICE model. All the credit to NMB creates an affordable alternative to buying new EVs for mass adoption. This is beneficial for the long-run vision of Malaysia, bringing the country closer to net-zero ground.

As EVs become more common, however, the charging problem will become more severe. The number of public EV charging stations in Malaysia is relatively low, with less than 1,000 recorded nationwide, according to science, technology, and innovation (MOSTI) deputy minister Datuk Ahmad Amzad Hashim.

Acting as both the innovation and regulatory sandbox, the CLEVER program provides a safe haven for startups and innovators in need of a controlled environment to trial novel ideas. It is also in line with the National Automotive Policy 2020, which aims to establish 5,000 EV charging stations to fortify infrastructure support.

In short, NMB initiatives have been one of the prominent advocates for taking action in tackling all the EV-related issues in Malaysia.

NMB is addressing two main limitations to EV batteries-LFP and how green can an EV battery be.

"LFP presents more safety features than NMCs. But there is a trade-off between performance. Since Tesla cars catch fire often, I think people prioritize safety over performance. But LFP, as a whole, isn't too far behind," Rezal said.

LFP batteries use lithium iron phosphate as the cathode material. Iron phosphate is a metal that can be found in abundance and is also very easy to produce phosphate. "In Malaysia, phosphate can also be produced through the water leaking process (WLP) which makes it even more fond to use," he continued. "This is an opportunity that arose because of the legislative amendments. We can take advantage of this situation to create a circular economy."

Further, "With NMB's advanced electrode technology, we hope to increase the efficiency by getting more electrons and charge per unit area. Utilizing this along with good baseline technologies in the LFP sphere gives us an opportunity to improve LFP performance."

Secondly, NMB will reduce its dependency on lithium and instead turn to aluminum as the cathode material.