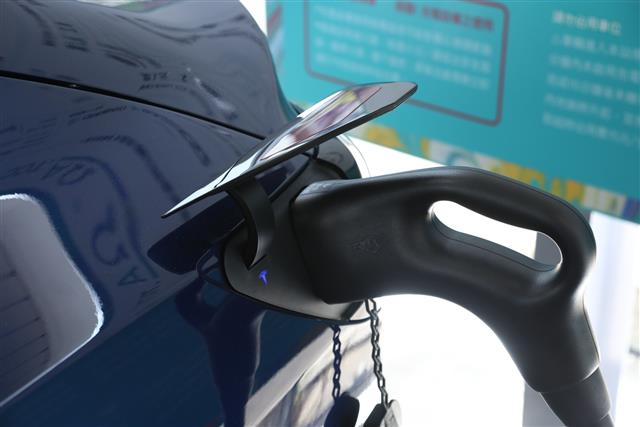 The cost of setting up an electric-car charging station can vary greatly, according to our latest Commercial EV Charger Price Survey that looks at how hardware and installation costs are shaping up. The 7-22 kilowatt AC chargers - which are found at locations such as hotels and take several hours to juice a battery - can be priced as low as US$238 and as high as $10,000, with a larger, fast-charging 150 kilowatt DC unit costing between US$16,335 and US$135,000.

As hurdles to charging remain front and center to power the EV revolution, there are huge differences across the world with vastly different outcomes on price.

Geography plays a role - the cheapest chargers are produced in Asia, where there are differing certification standards, quality and production volumes. Reliability is also a huge concern, so the software and maintenance offering and the ability for a supplier to help navigate local installation complexities comes into play. Often, companies charge thousands of dollars more for similar products because of successful marketing, making prices in the top end look increasingly unsustainable.

While average AC charger prices have remained relatively stable since BloombergNEF's survey two years ago, average DC charger prices have dropped by as much as 28%. Even as the industry struggles with inflation, supply-chain shortages and installation issues, some companies are finalizing projects at a fraction of the cost of what their competition is paying. That means there's significant potential for long-term efficiency gains across the industry.

Thanks to healthy demand for home chargers in Europe, the region's AC charger manufacturers have built up a similar scale than their rivals in Asia. In the DC market, however, Chinese suppliers are producing far more than peers in any other region. BNEF expects the world's biggest car market to add more than 390,000 DC charges this year - that's six times the projected installations in the rest of the world. Chinese companies are looking to expand abroad, so their growth could squeeze suppliers elsewhere. The US is trying to protect its interests with the introduction of a "Built in America" mandate. The new rules require chargers to be assembled in the US starting next year and contain 55% locally-made parts by 2024 to qualify for federal aid. There is ongoing discussion about waiving certain requirements in the short-term to avoid slowing infrastructure projects as suppliers may not be able to meet the mandate. But the rules have also resulted in manufacturers including Wallbox, Flo, Tritium announcing plans to set up factories in the US. Last week, Swiss engineering giant ABB said it would erect a plant in Columbia, South Carolina with a capacity to make 10,000 chargers a year.

The adverse effect of the mandate could be that charger prices in the US rise above those in other regions, hurting charging operators and slowing EV adoption. But politicians backing the regulation insist that America's bolstered scale will eventually help bring down charger and project prices.

The thing is, government funding isn't always great for efficiency gains. Some 60-85% of applications for grant programs in the US and Canada analyzed by BNEF hit the maximum allowed costs per connector. A better process, such as auctions, may breed more competition.

Tesla is already showing how to keep expenses low, with one of its Texas grant applications containing project costs of as little as US$42,000 per connector. This compares with US$100,000 to US$250,000 per connector across competitors in the European Union and North America.

The company is benefiting from its experience, manufacturing synergies and scale. It installed around 11,000 Superchargers last year, with an average of around 10 units per station and some with over 50, dwarfing most competitors. The chargers are bereft of screens and payment terminals, cutting down costs and complexity, and the carmaker is leading on simplifying installation. Tesla earlier this year posted a video on Twitter how it deployed 12 Superchargers at a Florida site in eight days with chargers pre-fabricated in concrete.

Still, it would be naive to think the logistics and installation issues that are raging in the construction industry aren't also affecting charger roll-outs. In fact, installation times increased on average from two years ago, with delays in permitting and utility connections cited as key stumbling blocks.

With annual charger installations expected to climb between five- and twenty-fold over the next decade depending on the country, authorities don't have long to solve the issues. That means costs in the EV charging space will continue to be in flux for some time.