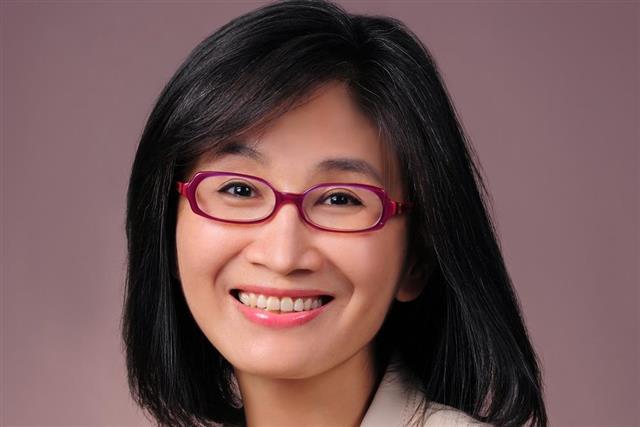 "Green investing is something right to do, and you need a good reason not to," a philosophy that Sophia Cheng, the chief investment officer of Cathay Financial Holdings, holds onto so dearly in her position for eight consecutive years.

In a recent interview with DIGITIMES Asia, Cheng reeled off countless green initiatives that she is involved in – Asian Utilities Engagement Program, Ceres Valuing Water Finance Task Force, Asia Investor Group on Climate Change (AIGCC), CDP Non-Disclosure Campaign, and Climate Action 100+ Initiatives, to name a few; each of which pledges to protect Mother Gaia in its own way.

Cheng's way of combating climate change is to invest in corporations that can harness pragmatic positivity. Yet, she didn't stop there. She continuously finds more initiatives and magnifies their impacts, not only to her beloved Taiwan but also to the entire Asia region.

The pulse of green investing

"The word 'green' has taken on an entirely new meaning today," Cheng said. "Green connotes the idea of living an environmentally sustainable life. It also reflects being resilient to the severe consequences of global warming."

Looking at the wider theme of investment, many people employ the words, "green investing" relating it to low-carbon investments. They invest in companies that directly contribute to decarbonization, such as renewable energy producers. Herein lies the "green" sentiment, the transition to a low-carbon economy, as well as green investing.

But green investment is more than that. It is an integral part of financial institutions and is indeed a part of ESG.

A company will need sound governance to have a solid, resilient, and respectable foundation from the beginning. A company will also need management, a decent culture, and an avalanche of innovation to thrive. Once all these factors are in place, the company is unlikely to run into any environmental or social issues.

"Most people, however, have misunderstood ESG," Cheng claimed. "ESG is not a zero-sum game. Rather, it's a win-win situation." Not only will investing in ESG not hurt company earnings per share (EPS), but it can also encourage companies to devote themselves to their stakeholder.

Ultimately, ESG investing is the maximization of a company's stakeholder benefits.

EPS and ESG, which should come first?

Consider, for example, there is a list of companies that has been compiled, in which the upper end is "higher-rated" companies, and the lower end is "lower-rated" ones. ESG, here, is being used as an indicator of sustainability performance.

ESG ratings, on the other hand, are determined by how transparent a company discloses its ESG, and whether it goes about its goal of fulfilling its sustainability commitments without fail.

"We know that, in general, a company's responsibility is to disclose its ESG practices. But if a company wasn't doing that, it should be penalized with a low ESG ranking. I think that's fair enough," Cheng said.

In other words, a company may be sacrificing an increase in ratings because of its lack of ESG disclosures.

As companies progress and mature, they are now starting to take responsibility for their future. They can provide detailed predictions about the future through robust governance and risk management. "I think the governance pillar of ESG is the most significant one," Cheng emphasized.

Leaders are often athletes in the field of business. They should be able to anticipate the future, take responsibility for any mistakes made, and help mitigate those mistakes before they curb the ES impact.

All in all, ESG practices such as disclosure, ratings, and earnings help shareholders trust that their investment can generate credible future earnings for them.

"The higher the correlation between ESG metrics and share price, the more risk a company has in relation to its shareholders." Cheng answered, "This is the whole logic of what ESG and EPS are combined. It is impossible to make one of these earlier or later. They co-exist together."

The mark of the investing procedure

Cathay does not let companies partake if they are not a "good fit" for its portfolio. Through exclusionary screening, Cathay eliminates less-than-ideal companies and focuses on selecting the best possible ones. "In this stage, a company's ESG and EPS are examined," Cheng said.

The world's leading corporations, lenders, and banks including Cathay rely on ESG ratings to identify the financial risks that affect their organization's long-term performance.

In further words, Cathay invests in companies according to their ESG risk level. "If a company cannot be sold or lose much of its value, it has a higher risk of becoming a strained asset. In time, it will become a burden to Cathay," Cheng explained.

For the past few years, Cathay has been putting effort into impact investing. "We are one of the major lenders of renewable energy technology, offshore wind power, and infrastructure-related companies," Cheng said.

Due to the nascence of impact investing, climate risk has become a financial risk. This shows another sign that both ESG and EPS are connected.

After an investment or lending, Cathay engages with its investee companies. Since 2015, it has had voting rights and is way ahead of its peers in this aspect of investee engagement. "We encourage our investee companies to be more transparent about themselves and show commitment to good ESG. If a company doesn't have transparency, Cathay can't hold any meaningful dialogue with it," Cheng added.

Carbon offsetting is not a greenwashing

Many people criticized that carbon offsetting is a greenwashing or a way of countering one's carbon footprint by making donations to finance projects that have the potential to reduce greenhouse gas emissions.

Once net zero is achieved, companies will probably still have some level of residual emissions that will need to be permanently neutralized. Offsetting is a useful tool in that regard.

"Of course, buying things is often easier than building them, considering that to build something we need time and effort. Thus, we can combat carbon emissions by buying renewable energy certificates or validating our carbon credits." Cheng said.

The Verified Carbon Standard (VCS) Program, for example, is the world's most widely used program to purchase carbon offsets. More particularly, projects that result in emissions reductions must follow a rigorous assessment process.

But, like any unregulated marketplace, offsetting overall is falling short even though carbon levels in the atmosphere continue to grow. That is why we must see avoided emissions as supplements to, not substitutes for, reducing a company's own emissions.

Cathay's perspective on the carbon levy

"I think the carbon levy is a good instrument because corporations need to be given a warning when they are polluting the environment," Cheng commented.

When companies know they will be charged a hefty fee for all of their greenhouse gas emissions, they are more likely to shift the way they do business and profit more sustainably.

With the introduction of a carbon levy, corporates will likely start to do internal simulations to understand how the new law would impact their operations.

But if the carbon levy is too low, some critics are questioning whether the levy is an opportunity for a company to buy itself out of guilt, Cheng said. Undeniably, setting an effective carbon levy price is a sophisticated art.

"The speed of execution from high emitters to all emitters, it's another challenge," Cheng highlighted. She urged the Taiwanese government to plan ahead.

Cathay's prediction on the net-zero transitions in the coming years

Cheng predicts that there are likely to be more complicated geopolitical situations, and it seems like access to wealth and power might still be a privilege.

Further, "I truly hope there is a power to brainwash everyone and make them think about common prosperity, balance, the resource, and care more about stakeholders than themselves," she continued.

Secondly, companies are increasingly turning toward using sustainable practices that support the circular economy. This may appear to be waste at first, but eventually, companies also grant a second life for their waste.

"How we structure industrial or science parks may also change. We might have a zone, where professionals take care of all the waste," Cheng foresaw.

When a company minimizes the use of virgin resources, it is also minimizing ES impact issues. For instance, the big three that come to mind are mining for copper, mining for coal, and mining for diamonds. These ES factors must be taken into account in navigating the net zero transition, she added.