US, China in Thucydides Trap: Q&A with Rock Hsu, chairman of Kinpo-Compal Group 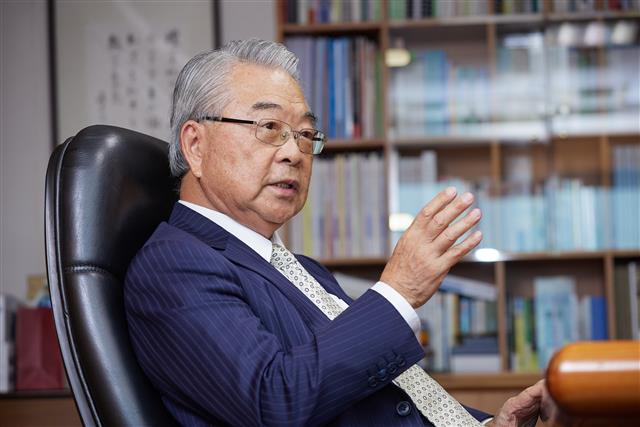 The Taiwan-based Kinpo-Compal Group has expanded its deployments since the early 1980s, making its presence in the global market the most extensive among Asian electronics supply chain makers. The group operates a total of 58 production sites worldwide. In 2021, it generated NT$1.37 trillion (US$46.58 billion) in revenue and ranked 20 among the top-100 firms in 2022 edition of the Asia Supply Chain 100 survey conducted by DIGITIMES Asia.

During a recent interview with DIGITIMES Asia, Rock Hsu, chairman of the group, talked about the evolving of its deployment strategy, the electronics industry in Asia, the manufacturing progress in China and ASEAN countries, and the US-China trade war.

Q: The global electronics industry faces a new normal after the pandemic. How would the industry evolve further?

A: I warned the top executives in my group about two years ago that they should become prudent because I saw some distortions in the ecosystems that I believed would likely cause the uneven supply of critical components. I also noted that overbooking would become an issue. How to excel in material management will determine the success and survival of an enterprise.

Supply-and-demand is a natural cycle. When a new product is introduced, some makers will preempt the market, and more suppliers will join the segment if the supply of the new product falls short of demand. However, the ramp-up in output will soon trigger an oversupply.

Someone has asked: As there will be 92 wafer foundry fabs worldwide three years from now, will there be oversupply? The answer is "yes," but there's nothing you can do about it. You would have made a huge fortune if you owned a semiconductor fab two years ago.

When all industry players jump on the bandwagon, how could the industry not become oversupplied? But a new round of elimination will take place 5-10 years from now. Some firms will die out, and the whole industry will begin with a new business cycle.

Q: The Kinpo-Compal Group is one of the primary industry groups in the Asian supply chain that has deepened its deployment worldwide since the early stage of its development. What was the background of setting up factories overseas?

A: In the 1980s, the US government frequently resorted to Section 301 tariff actions against Taiwan's exports, suing Taiwanese for counterfeiting, dumping, or antitrust practices. Even so, Taiwan's exports continued booming, resulting in a steep appreciation of the local currency. During the same period, Taiwan's economy also began to take off, resulting in labor shortages. Our plant in Shenkeng, northern Taiwan, was forced to recruit new employees almost daily.

Many small- and medium-size enterprises began to migrate their operations to China. In the beginning, they set up factories in Dongguan and Shenzhen of Guangdong province, thanks to their proximity to Hong Kong, where import and export trade environments met their needs. However, in 1988, we went to countries in Southeast Asia because the Taiwan government had not officially opened the door to investing in China. We visited almost every country in the region twice to understand their respective investment environments, before shortlisting Malaysia and Thailand as candidates for our investment target.

Malaysia was once administered by the UK, with a sound administration system, and corruption was basically not a problem. At that time, Malaysia was promoting the buildup of a semiconductor corridor. Its investment policy was clear, but the country had a human resources issue. During the period, Taiwan had a population of 18 million, while Malaysia had only 16 million. Now, the population of Malaysia has reached more than 30 million.

I went to Penang, Malaysia twice and found that many Taiwan-based companies had already set up factories there. But they were encountering the kind of labor shortage problem we faced in Taiwan. Therefore, we finally decided to go to Thailand, a country with a population of more than 56 million at that time.

One of the significant concerns in Thailand was that there were no industrial ecosystems. We had to rely on our own; we had 10 partners to go with us to Thailand and built 10 factories for these related companies. And there were no packaging materials suppliers in Thailand, so we created a plant to produce packaging materials. Now we have an automatic packaging-box production line there. Since then, Thailand has become a primary production center for auto parts and components and is also one of the critical industrial countries in Southeast Asia. I would say that related industrial chains have been progressively established in Thailand.

The Kinpo-Compal Group now operates 12 factories in Thailand with a total of 23,000 employees. We have bought over 500,000 square meters of land in Thailand this year with plans to build three new plants in the country, which could increase our total employees to 30,000. In addition, product quality inspection processes in Thailand have migrated to automatic processes.

Q: Compal Electronics, the core company of your group, ventured into Vietnam as early as 2007. Now Vietnam has become a popular site for investments by many Taiwan-based companies. What made you make the Vietnam move?

A: I was then chairman of the Taiwan Electrical and Electronic Manufacturers' Association (TEEMA), and I had been pushing for Taiwan to sign free trade agreements (FTA) with as many as countries possible. It would be difficult for Taiwan to develop its economy if it did not sign FTAs with other nations. We could not compete with South Korea then because 50% of Korea's exports were covered by FTAs, compared to Taiwan's 9.6%.

Apart from Singapore, Vietnam was the country that had signed the most FTAs in the world, covering up to 83% of its exports, compared to Singapore's 87%. Vietnam signed an FTA with the EU and entered the RCEP and CPTPP. Therefore, many companies will invest in Vietnam to enjoy the tariff benefits and compete effectively worldwide.

Vietnam also served as a gateway for ASEAN countries to enter China. Vietnam has land and sea transportation connections with China's Guangxi province. In addition, the Vietnamese government was playing catch-up with China regarding economic development. It was eager to learn from China how to implement economic reforms and open its economy, and therefore was very active in improving its investment environment.

Q: Compal was among the first movers investing in China. How has China changed in recent years?

A: In the 1990s, when I was the chairman of TEEMA, I often led TEEMA member companies to visit the Yangtze River region. The local governments there were very keen on attracting investments, providing as many incentives as possible. Compal started setting up production lines in Kunshan and then expanded the production sites to Chongqing, Chengdu, Nanjing, and other places.

I would say that wages in China have been increasing rapidly, unlike in the early days when monthly salaries in the coastal areas averaged about CNY800 (US$117.48). But this amount was already good enough to attract many migrant workers from the central and western regions of China where they could only earn CNY300 a month. Monthly wages in coastal areas have now increased to about CNY2,000-3,000 on average. However, wages in some areas in the central and western regions have also hiked to over CNY2,000, and the coastal cities are no longer that attractive for workers.

That means enterprises must adopt automation for operating factories in China and can no longer rely on the support of massive labor. Moreover, China's central and western regions are also developing, with several large metropolises in the areas also having labor shortages.

Q: How will industrial competition evolve in the future?

A: Wang Laboratories was once thriving, but it was later forced to withdraw from the market because it failed in competition in terms of innovation. It has not been easy for a company to survive after operating for 30-50 years. There were about 100 notebook makers in Taiwan but now you can see that only the top-five are still thriving, and that was what I had predicted when Taiwan's notebook industry was booming in the early stage.

In addition to the fierce competition within every industry, there is also the involvement of politics. In 1997, I suggested that the world had entered the era of perfect competition, with politics being one of the seven primary factors affecting competition. The intervention of state power will lead to changes in the related industrial chains. Concerning the ongoing US-China trade war, the role of state intervention is becoming more apparent, which will likely become a significant variable for industrial competition in the future.

Q: How would the US-China trade war unfold?

A: The ongoing conflict between the US and China is not a trade war. It is the hegemony that matters. Most of the bipartisan politicians in the US hold a similar attitude towards China,which means it is not a bipartisan issue, but rather a national policy. The world's two most powerful countries seem to have fallen into the so-called Thucydides Trap, in which the most powerful nation may not tolerate the rising of a second power. According to statistics, over the past 500 years, such traps did occur 16 times, and only four of the occasions did not end up in war, including the Cold War between the US and the Soviet Union.

I believe there will be war between the US and China eventually, yet it is hard to predict how and when that war will come and in what form. The two sides are fighting on all fronts, including markets, patents, standards, technologies and political alliances. The future depends on whether the two countries' leaders have wisdom and compassion. The war between the Russian-Ukraine has taken a heavy toll on both sides.

In the battle between the two powers, whoever sets the standard will own the market. This has been the case since the 3G era. At that time, the US and China were already wrestling. 5G is more pronounced, and 6G will be more intense. If the two sides oppose each other and do not want their respective technologies or standards to serve the other side, it will become one Earth with two sets of standards. And all others have to maneuver between the two standards.

If that is the case, Taiwan's top-five notebook ODMs might be required to diversify their production sites further. Products shipped to the US or sold in Taiwan would have to be produced locally or in other production sites out of China. Products designated for China, ASEAN, or the EU would be made in China.

In the initial stage, the supply chain in Southeast Asia would depend on supplies from China. However, new production clusters would be formed in the long run, and each ASEAN country would develop its industries and related supply chains. Thailand would likely focus on the automobile industry, Malaysia on semiconductors, and Vietnam on textile products.

Taiwan would become the global operation center for various enterprises and industries; the centers would house R&D, business, management, and finance operations. Taiwan would not become a manufacturing hub because it lacks human resources, and the aging of its population is fast. However, Taiwan could still develop industries and products with higher value-added.

(Editor's note: Regionalization of the supply chain will be a major focus of DIGITIMES Asia's Supply Chain Summit to be held in Taipei on September 27 and 28. You can register here.)