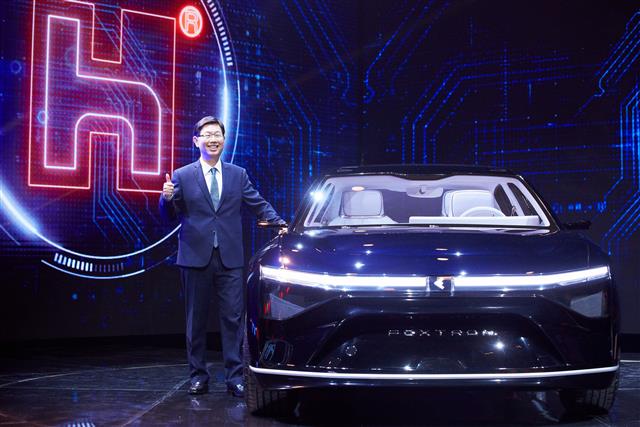 Marking the third anniversary of his appointment as Hon Hai (Foxconn) chairman on May 31, Young-Way Liu said promoting Foxconn's MIH Consortium in Taiwan has not been an easy task.

Since succeeding Terry Gou as company chairman in 2019, Liu has been tested by uncertainties associated with geopolitics and the COVID-19 pandemic, but he still managed to help Foxconn expand into new businesses while registering revenue and profit growths. However, the Taiwan tech industries have not embraced the MIH Consortium as much as he had hoped.

Liu pointed out that the MIH Consortium has attracted 2,300 members worldwide, but many Taiwan-based companies are still hesitant to join MIH because they are unfamiliar with Foxconn's core businesses, which have been based mostly overseas.

Liu said it will take some time for Foxconn to prove its commitment to Taiwan's industries. He expressed hope that Taiwan supply chain players would change their attitudes toward Foxconn over time and partner with the company to build an ecosystem of electric vehicles (EVs) in the country.

Meanwhile, Liu noted that Foxconn's global EV deployments are beginning to take shape, and that the company wants to bring MIH members onto the global stage. He said Foxconn has invited some MIH members to visit its factories in the US and Thailand.

Liu also acknowledged logistics issues caused by the COVID-induced lockdowns in China, but he said production at Foxconn's key factories remains unaffected. As Shanghai began easing its COVID-19 restrictions, Liu said the company will continue to pay attention to the pandemic situation in other areas in China.

While it is possible COVID lockdowns will continue to be imposed across China in the future, Liu said Foxconn has made related arrangements for its Chinese factories. He also said he is upbeat about Foxconn's shipment prospects for the second quarter of the year and the entire 2022.