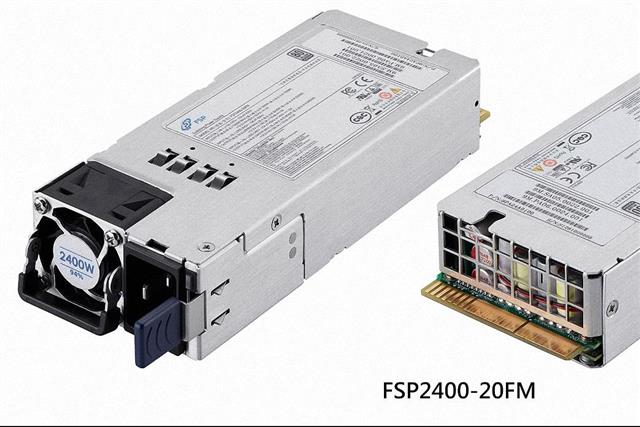 Ahead of an expected surge in demand for high-energy computing, FSP Group, one of the leading global power supply manufacturers, has launched the FSP2400-20FM, the latest version of its high-wattage redundant power supply.

The FSP2400-20FM is the third generation of FSP's flagship product based on CRPS industry standards. Going from 550 watts in previous models, the latest iteration pushes this even further, with 2,400 watts of power on tap — all within the same small frame of its predecessors. It retains the same compact size of previous models despite a much larger capacity. This saves customers time and money since installing newer and physically bigger power supplies usually involves high material and utility costs.

Its smart features match the FSP2400-20FM's added capacity in a small frame. It is critical to sensitive industries thanks to its Power Management Bus (PMBus) protocol, which is used to regulate power and manage components within systems and is implemented by industry leaders. This allows the FSP2400-20FM to communicate with various computer components from other manufacturers seamlessly and efficiently. PMBus also enables features such as automatically increasing and decreasing power depending on energy demand.

This automation prevents system failure and data loss in specific scenarios in facilities such as data centers, which might require a short burst of peak power beyond capacity to keep several dozens or hundreds of hard drives running.

It also has other features such as the in-system firmware update function and Smart On function, making the main power module turn off or on for best system efficiency.

Powering the "Edge" of Technology

The high capacity of FSP2400-20FM is also suited to the expected dramatic increase in power requirements in high-power computing industries and sub-industries over the next few years. This comes as sectors such as AI deep-learning, edge computing, and newer sub-industries, including cryptocurrency mining, all require powerful and energy-hungry graphics cards, which in turn would require high-capacity power supplies like the FSP2400-20FM.

FSP2400-20FM belongs to a complete family of CRPS products for companies of any scale, suitable for use in world-class data centers, workstations, or other automation applications. With its compact size, smart features and protocols, the next-generation compact PSU is bound to become another consumer favourite in FSPs line-up of products.

The FSP2400-20FM is the third generation of FSP's flagship product based on the CRPS industry standards.