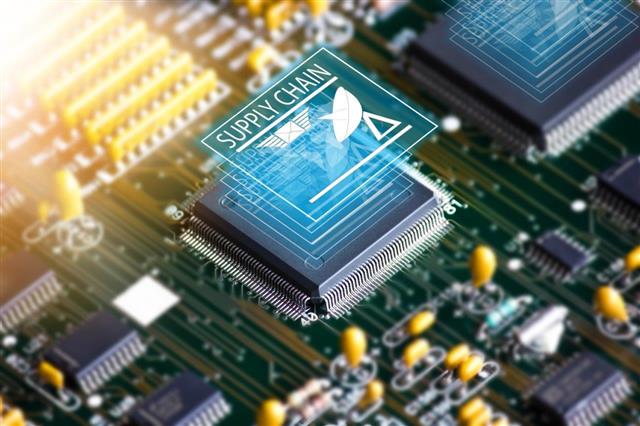 Shortages, which were originally attributed to the COVID-19 pandemic, have continued to worsen in 2021. Continuous demand growth in various sectors like 5G, automotive and IoT, ongoing raw material shortages and catastrophes are the primary culprits.

The year opened with renewed concerns over legacy case size MLCCs used in the industrial sector, 5G smartphones and the automotive sector due to a fire outbreak at the Walsin production plant in China. And, it's getting worse as supply of high-capacitance MLCCs, in particular, has been exacerbated since January, largely caused by a sharp rise in 5G mobile phones after the Chinese New Year.

In February, a winter storm in Texas caused widespread power shortages and blackouts. Because Texas is a US hub for chip manufacturing and electronic production, major chip manufacturers were impacted including Samsung, NXP and Infineon.

In the same month, an earthquake resulted in a blackout at Renesas's Naka factory, and production was temporarily suspended. The impact on supply chains from this event was limited. However, in mid-March, the same plant caught fire, and damaged 23 machines, including plating machines used for wiring. The components most affected include a variety of automotive and non-automotive MCUs as well as power management and MOSFETs.

Unexpected events, such as the Nittobo and Renesas factory fires, have also worsened the supply of already short raw materials like silicone and glass substrate, wafers and crystal oscillators. Production for a variety of components has been impacted as a result, causing shortages of ICs, CPUs and memory. Memory module pricing, for example, increased 5-10% above official pricing.

The shortages have hindered the automotive industry especially. The lack of MLCCs and automotive chips forced automakers like Volkswagen, Ford and Toyota to cut production early in the year despite growing consumer demand. As a result, the US, German and Taiwanese governments were pressured to convince IC leaders like TSMC and UMC to reallocate production to support struggling automotive manufacturers. Unfortunately, the Renesas plant fire will only increase the obstacles the automotive industry continues to encounter.

The rollout of 5G technology has also been hindered by the IC and CPU shortages. Chipmakers are currently struggling to meet demand for processor chips used in smartphones, which has affected production lines of Samsung and Apple. The shortage of ICs has also led to supply constraints for SSDs, which have been in high demand from the rollout of 5G, IoT and new gaming activity.

A look into Q2

In Q2 we are sure to fully realize the impacts of these unpredictable disruptions while facing additional shortages on the horizon.

As seen throughout 2020 and in 2021, raw material shortages have intensified, and it doesn't appear to be ending any time soon.

The ABF substrate shortage has been the biggest contributor to the CPU, GPU and IC shortages, and is currently predicted to last until 2023. Because ABF manufacturing equipment has a lead time of 12 months, ABF makers are focusing on increasing yield rather than capacity. With no supply relief in sight, prices will continue to rise over the next 6 months, leaving customers to pay the price.

Semiconductor production continues to be disrupted by the 8-inch wafer shortage with dim prospects for recovery as the substrate shortage continues. The 8-inch wafer is needed for CMOS sensors, power supply controller, MCU, RF component, MEMS, etc., which is why numerous industries are competing for this resource. As TSMC moves to focus its production on automotive chips, the production of other industries will suffer as a result.

Certain crystal oscillators, including TCXOs are seeing supply issues fostered by the Asahi Kasei Microdevices (AKM) fire that occurred in October 2020. Despite AKM starting to ship out stock through its subcontractors, there is extremely limited supply and customers are being urged to find products from other manufacturers until alternative production is available. AKM's production lines will not be fully operational until March 2022.

Other raw material shortages are starting to appear, such as with glass and precious metals. Palladium, used in electronics and a key component in vehicle pollution-control devices, is experiencing rising prices as usage grows. Price increases currently paid by automakers may be passed off to customers if output falls short of demand as predicted.

There is growing demand for ICs related to five key areas: energy efficiency, mobility, security, IoT (internet of things) and server/cloud services, which is putting pressure on supply. As such, overall IC shortages are expected to continue to be widespread across all brands throughout Q2.

Rising automotive demand has worsened the chip shortage, causing a chain reaction across different industries. Because some chip makers are shifting production to focus on automotive products, supply for industrial products will likely take a hit and pricing will continue in the quarter.

Pricing for automotive ICs, generally, is rising by about 30% while current lead times are around 28 weeks - and could grow up to 40 weeks. Lead times for industrial application MCUs are currently facing extending lead times due to automotive demand as the industry continues to see many shortages.

Demand from the automotive market, in addition to high demand for PCs and smartphones, has put a strain on MLCCs, which has resulted in price increases. Analysts have predicted that the MLCC shortage is expected to worsen through Q3, and prices are believed to increase in Q2. With limited foundry capacity and many manufacturers competing for these necessary products, the automotive industry won't see supply relief until the second half of the year.

The mobile phone market is also being affected by IC shortages, as well as heightened memory pricing from little supply and growing demand. Mobile phone memory products are seeing price increases and a supply gap from customers pulling in extra stock as a buffer against these prices.

If demand for memory strengthens as predicted, contract prices for memory will rise further in Q2 and gaps in supply will worsen. Samsung has already announced a pricing increase of 10% in April, and Intel and Micron prices are to rise by 5% as well.

Furthermore, implementation of 5G coupled with rising consumer demand for smarter technology in mobile phones, automobiles, wireless applications, and appliances will cause enterprise and cloud storage companies to have increasing need for larger and faster SSDs, which requires more NAND flash. Since NAND flash demand will likely outpace supply in Q3 as new mobile devices and CPUs hit the market, SSD pricing will rise anywhere between 5-15% as a result and continue through the year.

The Texas storm is sure to cause supply issues for memory, automotive MCUs, storage and more for weeks to come. Plant interruptions from the rolling blackouts in February have decreased overall production at a time when chip demand is already higher than capacity can met.

NXP is one company that reports it experienced a month's loss of chip production due to the event and lead times for its products will extend by 8-12 weeks as a result. Infineon's production of MCUs and NOR flash memory chips have also been heavily affected, especially since its NOR flash supply had been facing shortages. Because of this, memory pricing is predicted to rise as much as another 10% in Q2.

Comparatively, Renesas's fire has had a much worse effect on its production of MCUs and MOSFETs, which will require at least 100-120 days to recover according to the company. It will take 6 months for the company to recoup its losses, and automakers, especially, will feel its effects in April.

The continued drought in Taiwan will only exacerbate the effects of these shortages, especially since Taiwanese plants and foundries produce approximately 53% of global semiconductors. Because water is key in processing silicon and chip production, shortages through May could be a major blow to semiconductor production. 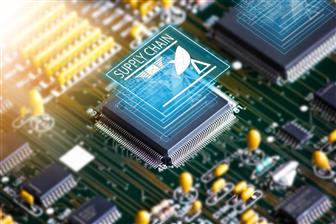