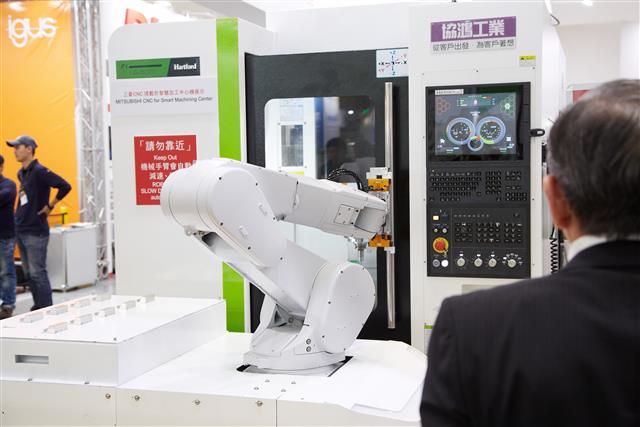 Manufacturers' demand for industrial robots is expected to rise significantly to support flexible production in the wake of the coronavirus pandemic, according to Peter Peng, director of robotics automation business department at Delta Electronics.

Peng said robots will see growing business opportunities as long as their prices become friendlier and their scope of applications larger. He expects industrial robots to experience a wave of major growth momentum beyond 2020.

Peng said Taiwanese manufacturers now adopt robots to support small-volume production of a variety of items, and they will care more about the flexibility and versatility of robots needed.

Accordingly, robot makers are striving to optimize performances of industrial robots so that they can play a more agile role in production lines, achieving greater applications and flexibility, Peng continued.

So far, multiple robots have been developed to serve different industrial needs, including grinding and polishing robots that integrate machine visions and cyber-physical systems (CPS) and are used for metal machining.

Taiwan's government-funded Industrial Technology Research Institute (ITRI), Hocheng and Mirle Automation as well as Germany's Kuka Robotics have all rolled out their own grinding and polish robots.