Public blockchain or private blockchain? How do businesses make a choice?

The talk about public blockchain or private blockchain takes me back to the time when cloud concepts first emerged over a decade ago. People only had a vague idea of cloud and were wondering about the differences between cloud and the traditional client-server architecture.

So what are public blockchain and private blockchain? Is the high-tech industry coming up with new terms again to make more money? It is no doubt that the high-tech industry is always looking to create revenue. However, new technologies are not all bad. They make use of better, more advanced and more effective ways to eliminate problems that couldn't be resolved before. The desire to come up with more effective ways to solve problems has been a critical force driving technological advances for mankind.

The same is true for many technologies today. We can assume that if there is a new technology that achieves lower costs and higher efficiency, it is bound to prevail. Accordingly, I daresay self-driving cars will become widespread.

Let's redirect the discussion back to cloud. More than a decade ago, cloud started to emerge and soon became a trend. Then, private cloud came to light. Without touching on the technology itself, let's first look at the external factors. Who brought up the term private cloud? The answer is traditional server hardware manufacturers.

If the public cloud theory was valid and widely accepted, it could impact server suppliers' business. Therefore, they had to propose private cloud, highlighting the importance of information security. Private cloud seems like a reasonable solution but businesses may have overlooked the fact that they do not have sufficient IT capabilities like AWS, Microsoft Azure and Google. However, some businesses and people indeed were able to keep their livelihood.

I once worked for a Taiwan subsidiary of an international corporation. The IT administrators emphasized the importance of information security and private infrastructure. What was ironic was that the company was using brandless mail server software and nobody was in charge of maintaining it.

For blockchain to be useful for industrial applications, it must satisfy the following: Scalability, stable TX fee, reliability, and global access.

Private blockchain will have its uses, which will mainly be the areas where public blockchain delivers less-than-optimal efficiency and private blockchain may be the solution (people may be overlooking that a solution can be achieved using existing architecture coupled with mature mechanisms and cloud). Furthermore, most public blockchain implementations work with the corresponding cryptocurrency and consensus mechanism (mining), resulting in fluctuating transaction fees, so they can hardly be used by industrial and public service sectors.

Global access is the most valuable characteristic of public blockchain. As blockchain keeps the hash value, rather than the original data, if used appropriately, it can enable higher validation efficiency for applications requiring global collaboration while skipping enormous infrastructure investments.

Reliability is where blockchain technology providers come into play. Take Red Hat, recently acquired by IBM, for example. It constantly has to deal with the question why it charges fees for open source Linux. In fact, ensuring reliability is the value that open source companies can bring to its customers.

As a matter of fact, when you think about applying blockchain to your operation and research into it, you may end up questioning whether it is really necessary to use blockchain. The above discussion may give you some pointers as to whether you should use public blockchain, private blockchain or consortium blockchain - a variation of private blockchain.

If you look hard enough, you will find public blockchain technologies that satisfy the above-mentioned criteria, at least two if not all of the criteria. I will not name any specific technology here. 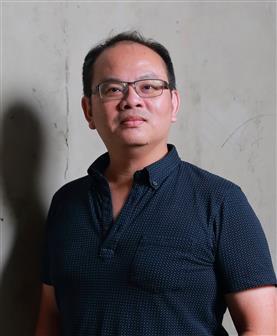