According to the Transparency Market Research, the global connected car market is expected to reach US$131.9 billion by 2019 continuing to maintain its steady growth. Businesses are scrambling for a share of the automotive electronics market in recent years. Lelon Electronics, Taiwan's No. 1 manufacturer of aluminum electrolytic capacitors, entered the market at an opportune time and have secured their place in the OEM supply chain of American and European automakers. As the automotive electronics market continues to grow, Lelon is confident in sustaining its business model and market share in the second half of the year.

Jimmy Wu, General Manager of Lelon Electronics, noted that automotive LCD panels used to be installed only in luxury cars. However, due to increased importance being placed on vehicle safety, even entry-level cars are now coming equipped with a variety of sensors to collect information, then processed and displayed on LCD monitors. Lelon is one of the select few non-Japanese manufacturers of aluminum electrolytic capacitors that are capable of being used in automotive applications. Their products now recognized by leading international automotive electronics companies. The automotive electronics market accounted for 9% of Lelon's 2016 revenue and is expected to increase to 10% in 2017. Lelon plans to introduce aluminum electrolytic capacitors for automobile transmission systems in the future to expand Lelon's automotive applications product line.

Wu further commented that the rising demand for consumer electronics, especially flat-panel TVs, smartphones, and tablets, drew a large number of companies to expand into the production of aluminum electrolytic capacitors. However, as prices of consumer electronics continue to fall, passive component markets have become "red oceans" where many vendors have resorted to price-cutting and have sacrificed quality for cost. If Lelon were to use its resources on low-end products with little margin, it would eventually impact its overall profitability and competitiveness. Lelon has always insisted on delivering premium quality products since its establishment.

Lelon has been able to come out ahead in the competitive market of aluminum electrolytic capacitors due to their long-term devotion to the R&D of advanced technologies. In addition to their own professional R&D team, they have also hired technical consultants from Japan to help refine their technology and quality systems. Furthermore, Lelon has been collaborating with Industrial Technology Research Institute to jointly research critical technologies and participate in the research of material suppliers and customers in order to develop products that cater to market needs.

Lelon has generated impressive results in terms of its patents. It has obtained multiple patents in Taiwan, China and Japan, including ones for a V-chip vibration-proof back plate, a vibration-proof capacitor, a capacitor electrolytic solution with heat resistance and high spark voltage, electrolytic capacitors with optimum cooling, and horizontal capacitors. With growing public awareness of the need to protect the environment and an increasingly strict enforcement of environmental protection laws, the supply of aluminum foil for aluminum electrolytic capacitors has become rather limited. Wu pointed out that in an attempt to minimize the impact of market instability and maintain a steady supply for its customers, Lelon had already begun to search for new material suppliers prior to the Japan 3/11 earthquake and conducted testing on a variety of materials in order to understand the characteristics of the materials and the type of capacitors they were suitable for. 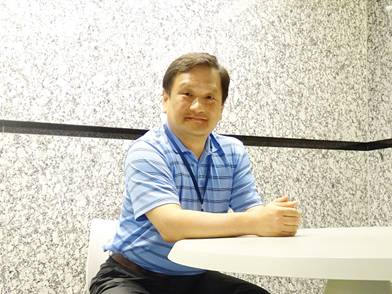 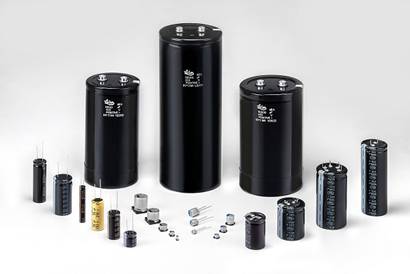 Lelon focuses on the development of high-end aluminum electrolytic capacitors, and on actively expanding its high-end electronics customer base.