New OEM PC designs powered by the A-series processors - from ultrathin notebooks and convertibles to all-in-ones - will come to market first with HP in the new HP ENVY x360, and with other OEM announcements expected later in the year. AMD will officially introduce the A-series APUs and showcase a wide range of OEM designs at Computex 2016, May 31-June 4, 2016, in Taipei, Taiwan.

Now shipping in volume to OEM customers are both quad- and dual-core A-series processors, featuring mobile-optimized Excavator-based x86 CPU cores for high-speed computing, and Radeon R7 or R5 graphics for gaming and enhanced HD streaming capabilities. The A-series FX part shows up to 50% improvement in compute performance over the FX part released just two years ago, according to AMD.

The A-Series APUs will allow users to enjoy the latest multimedia experiences in up to Ultra HD video resolution. 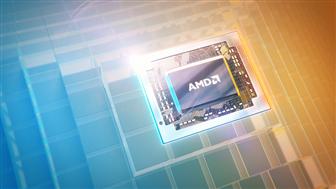