AORUS announces the award winning X5, winner of Computex Best Choice Award and Computex d&i award 2015. Featuring NVIDIA G-SYNC technology, the new 15.6" laptop is capable of delivering stunningly realistic gameplay with zero tearing and minimal stutter for gaming enthusiasts. The Geforce GTX 965M in SLI configuration, delivers performance normally only associated with a desktop and unbelievably the X5 weighs an insane 5.51llbs and is 0.9 inches thick! Aside from stunning G-SYNC technology breakthrough, it includes the world's first built-in hardware streaming engine with one-year XSplit Gamecaster Premium Membership for desktop level streaming, so is bound to satisfy even the most demanding gamer. The exclusive Thermal+ Technology achieves class-leading cooling effect and unparalleled reliability and stability. Though uncompromised gaming pleasure is aimed as the first priority, X5 still makes a perfect companion for graphic computing and daily use.

This pair of GTX 965M SLI GDDR5 8GB graphic chips generate formidable horsepower for over GTX 980M and P12000* in 3DMark 11, a phenomenal score for such a lightweight laptop. The G-SYNC Technology delivers the smoothest gameplay with zero tearing and minimal stutter to maximise the enjoyment of the game. The 3K IPS display with incredible resolution, 2880 x 1620, makes the details of the game stand out allowing for a more immersive experience. The extremely wide viewing angle display offers a consistent natural color and contrast ratio from any angle, vertically and horizontally. The extraordinary high luminance, 350 cd/m2, proves excellent clarity and readability even outdoors!

The X5 is boosted by the latest Intel Broadwell architecture and a new 14nm process, the 5th-generation Intel processors are smaller sizes and more power-efficient, delivering more engaging gaming experiences. Capable of delivering a streaming experience normally only available on desktops. The Aorus X5 lets you stream and share your fun anytime and anywhere: with minimum loss of system resource when recording and uploading your best moments to Twitch. This model also includes a one year XSplit Gamecaster Premium Membership. The built-in NVIDIA Vision Surround Technology supports video output to 3 displays. Through Mini DisplayPort, HDMI and Surround Port, the X5 is capable of rendering extended vision up to 5760x1080 for visual impact in your own home.

The Aorus X5, has been designed with exclusive Scissor based designed Macro key, to enable quicker response and improve FPS and racing experiences. With 25 sets within the Macro Engine it also gives gamers the opportunity to edit their own Macro. With just one key you can kick off combined operations making it simpler to improve your game. Cooling is crucial for gamers; the Aorus X5 Thermal technology increases air intake and exhaust. It's superior design includes 8 thermal pipes, 4 vents and 2 fans to optimize air flow efficiency for reliability and stability. Thermal parts have been placed at the rear to maximum coolness for wrists.

The Aorus X5 has been designed to deliver lightning speed with 3 M.2 SSDs in RAID 0 for 12.5X faster read speed (up to 1500MB/s) than typical hard drive this machine delivers beyond your expectations. Maximum speed is 12.5x faster than the typical hard drive and 3x faster than mSATA SSD. Packed with 4 memory slots, X5 can take as many as 32GB DDR3-1866. Tasks consuming huge amount of system resources, such as multiple simultaneous sessions or graphics editing, could benefit from the ample supply of system memory. The Killer LAN chip is ideal for optimum network gaming priority and the 802.11AC wireless ensures you can play your way.

The stunning Aorus X5 has also caught the eye of esteemed Computex judging panel winning both the Computex D & I Award & Best Choice Award for 2015. This continues with the Aorus awards which are mounting up as journalists recognise the impressive performance of the brand. 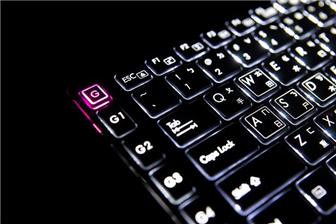 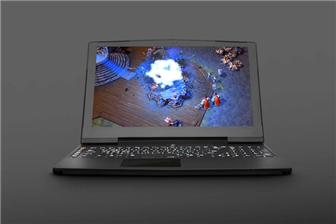 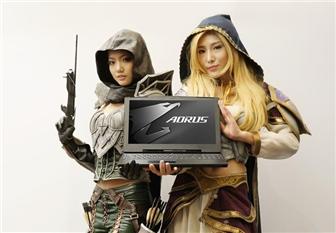 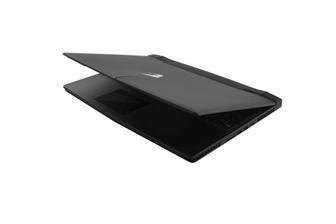 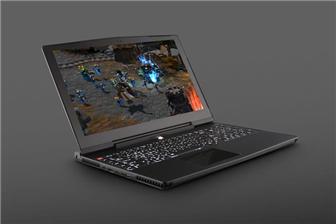 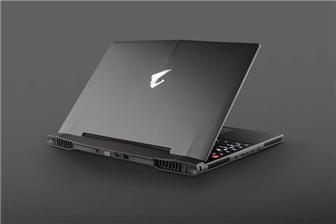